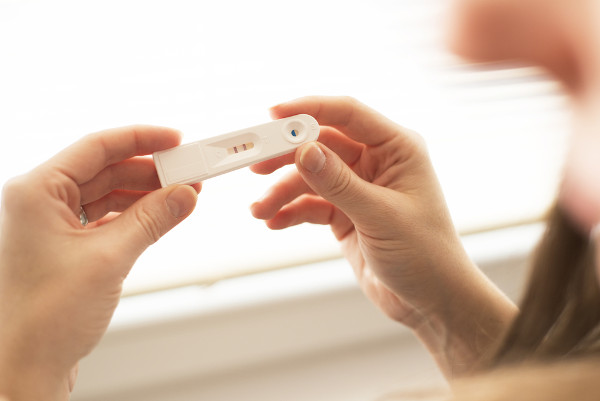 When Should You Get a Pregnancy Test?

If you think there’s a chance you could be pregnant, you’re probably worrying about what to do – and whether you need to take a pregnancy test. Learn all about pregnancy tests and how they work here, and schedule an appointment to get free pregnancy...

Is there any connection between pornography, STDs and unplanned pregnancy?

Last month was Teen Pregnancy Prevention Month (among other designations).  Efforts were focused on reducing the number of teens facing unplanned pregnancies – a number that has declined significantly in recent years.  This is a good thing, but focusing solely on pregnancy prevention, while overlooking other painful consequences of the misuse or too-early use of sex hurts young adults in the long run. Typically pregnancy is only a possibility three to six days a month for the average female. But STDs – sexually transmitted diseases or infections (STIs) – can be acquired any day of any month that a guy or girl is sexually active.  And the effects of STDs can be as life-altering as pregnancy, with no upside at all – unlike pregnancy, which results in people like you and me! Lighthouse offers free testing for the two bacterial STDs most commonly found in young adults.
07 June, 2017

After a dozen years, it still doesn’t get old.  Every Mother’s Day, I am reminded of the women Lighthouse has supported to make brave choices – choices that have changed their lives and their children’s forever, for the better. I smile when I think of how their first courageous choices – which seemed nearly impossible at first – resulted in joy and more life-enhancing choices for themselves and those around them. As Mother’s Day approaches, I am grateful that Lighthouse is able to offer free life-affirming support to women facing unplanned pregnancies.  Some of our confidential services include pregnancy testing, medical confirmation of pregnancy, STD testing and relationship support for women like Julia.  Here is the story of Julia’s pregnancy journey, shared with her permission:
12 May, 2017

While most television shows and movies include casual sexual encounters, rarely are the lovers (and I use that term loosely) shown getting tested for sexually transmitted diseases (STDs, for short). Some consequences of uncommitted sex make it to the big screen.  Unexpected pregnancies have become an expected plot twist, thanks to movies like Juno and Knocked Up that center on the concept of an ill-timed conception.  The emotional drama after a relationship turns sexual or a sexual relationship ends makes for interesting viewing (think 500 Days of Summer, Friends with Benefits, or Vanilla Sky). But STDs seem to be the unspoken, unexpected consequence.
05 May, 2017

Every crisis contains an opportunity – even an unplanned pregnancy

Crisis.  Gut wrenching, knee buckling, breath-sucking, life-changing personal crisis. We’ve all been there. Usually we wonder what to do next or how we will ever overcome the unexpected problem.  We had plans and dreams . . . and suddenly those visions are gone and even our day-to-day living seems threatened. When life-changing obstacles threaten our plans, most of us don’t – or can’t – see the potential benefit of the ordeal.
10 April, 2017

Valentine’s Day on Social Media—a Lot Not to Like

Like many holidays, Valentine's Day stirs mixed emotions for many people. To celebrate it, we buy chocolate or flowers for those we love, and even send children to school with bags full of handwritten notes and treats for their classmates. Couples go out to dinner or exchange gifts to mark the holiday. But what about those who are single on Valentine’s Day? What about the person whose spouse has passed away? Many people have an attached sadness to this day every year. These feelings of sadness can easily turn into an (understandable) sense of bitterness towards the day. While this is no new concept, there is something in society that I feel has made this experience worse for many people – even people who are in a relationship on this Valentine’s Day:  social media.
11 February, 2017

Hope to be married someday? Stop hoping and start dating!

I recently heard that 85% of Americans hope to marry someday, according to a study by Rutgers University, which also found that 82% of female high school seniors say that having a good marriage is extremely important to them.  Whether you are a high school or college senior, or even a senior citizen, a good first step to marriage is a date. A date, what’s that? – all but the senior citizens are asking.  If you are clueless as to how to begin the dating process, consider the following helpful tips posted on the Love & Fidelity Network’s blog recently. (Click here for the entire article: http://www.loveandfidelity.org/2016/02/18/3-tips-bring-dating-back/) The author describes herself as “now happily married, having survived college dating (despite the scariness).”
31 March, 2016

A Lifetime of Love

My first Valentine’s Day as a married woman, at the ripe old age of 22, I had a major meltdown when stores began to close and no flowers appeared. It was a Saturday night in the days before supermarkets sold fresh (or what passes for...

A Gift That Keeps on Giving

This Christmas season as I scanned my Instagram feed, I came across a photo of my friend Abby’s son in front of a big tree in her workplace.  It warmed my heart to think of how her life has been changed for the better by a pregnancy decision more than five years ago. When I first met Abby, she was attending a college in Massachusetts, and had come home to make a decision about an unexpected pregnancy.  It was a difficult decision.  Continuing with her pregnancy meant she might be the only pregnant student at her school.  It might mean lost opportunities.
02 February, 2016

There is little left to the imagination in most movies or television shows when it comes to sex.  But STDs get little or no airtime.  Sexually transmitted diseases are like the “he-who-must-not-be-named” character who never appears on screen. This isn’t surprising.  STDs don’t have any positive...