Conception occurs when, during an act of sexual intercourse, a single sperm unites with the egg to form a unique and brand new human life. This tiny new cell is called a zygote. At the moment of conception, the chromosomes and genes from both parents combine to determine all the physical characteristics of the new life: sex, facial features, blood type, hair color, eyes and skin.

The fertilized egg stays in the fallopian tube for about 3 to 4 days, and is now called an embryo. His or her cells divide continuously while traveling down the fallopian tube before arriving at the uterus. The embryo begins to implant in the lining of the uterus around day 6. Once implantation occurs, hormones alert the mother’s body to nurture the pregnancy and prevent her monthly periods. Some women notice spotting (slight bleeding) around the time that implantation occurs. 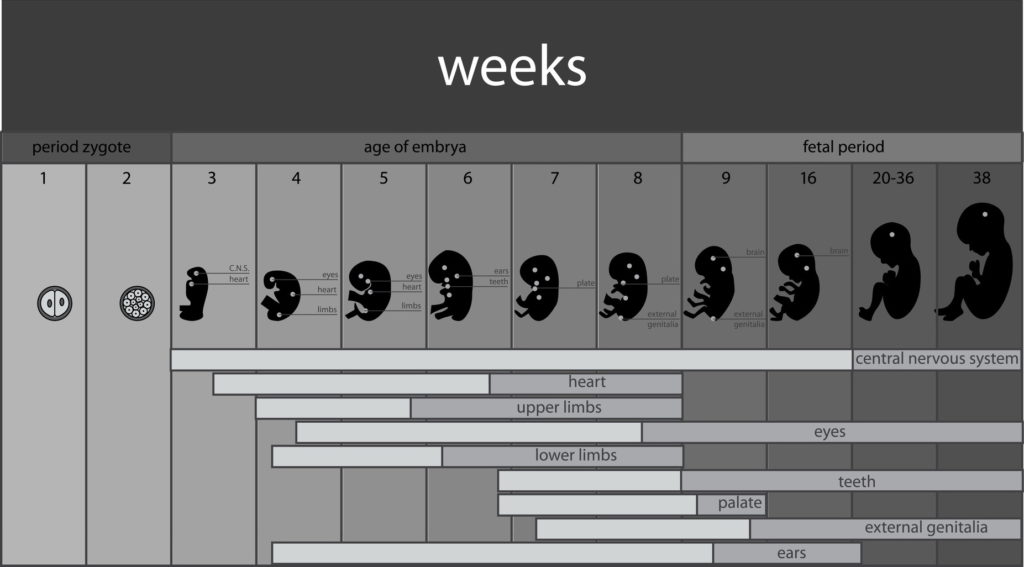 Pregnancy is divided into three trimesters:

Check out this slide show to see a baby grow from conception through birth.

HOW WE CAN HELP…

Don’t spend time worrying before you know for sure. We can help answer the questions you may have about your unplanned pregnancy and your options.